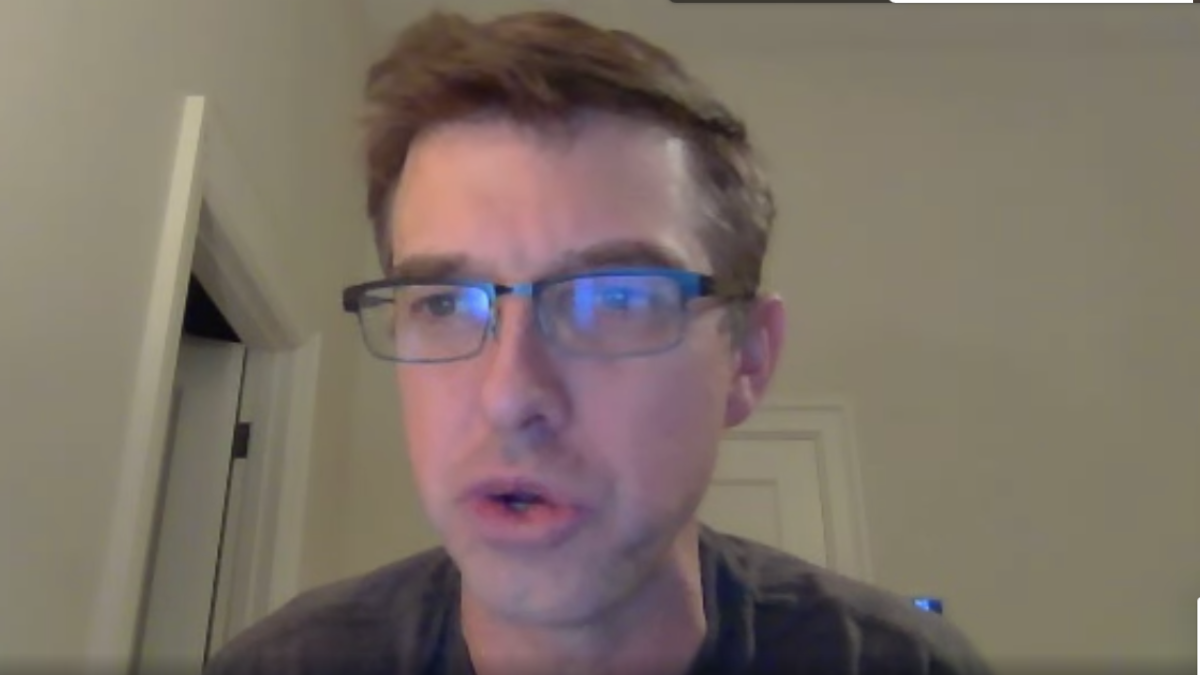 Bryan Cantrill shares his perspective on the tech industry.

On Friday, December 4th, the Makers hosted our first virtual Tech Social featuring speaker Bryan Cantrill, CTO of Oxide Computer Company, BSA Scoutmaster, and Piedmont Dad. His talk was geared for secondary students interested in computer science and the tech industry. The middle school robotics team, The Piedmont Pioneers, led the social part of the evening by hosting small groups of Among Us video games, sharing something they do for team building and fun.

Bryan began by talking about his experience of “falling in love with computer science” during college, after initially aspiring to be an economist. He pointed out that the segue was his interest in working on big complicated systems. He emphasized the satisfaction of taking on hard problems and not be content with merely acing a math test that is partly based on speed. “Hard problems are not fast,” he said, “but the payoff is worth the work they require.”

Another key point he emphasized was the importance of the people you work with: both your mentors and your teammates. Regarding mentors, he noted the smartest are the most generous with their knowledge. He also advised paying attention to the company culture you work in. Companies are not all the same–some are values-driven and some are not. Some value their people and some, less so. He encouraged attendees to find a culture in which they could feel valued and flourish.

Following the talk, there was a lively Q & A and then the Pioneers invited attendees to join small breakout groups for rounds of Among Us. About 30 people attended our first virtual Tech Social. Besides some hiccups with Google Meet, it was a great success!