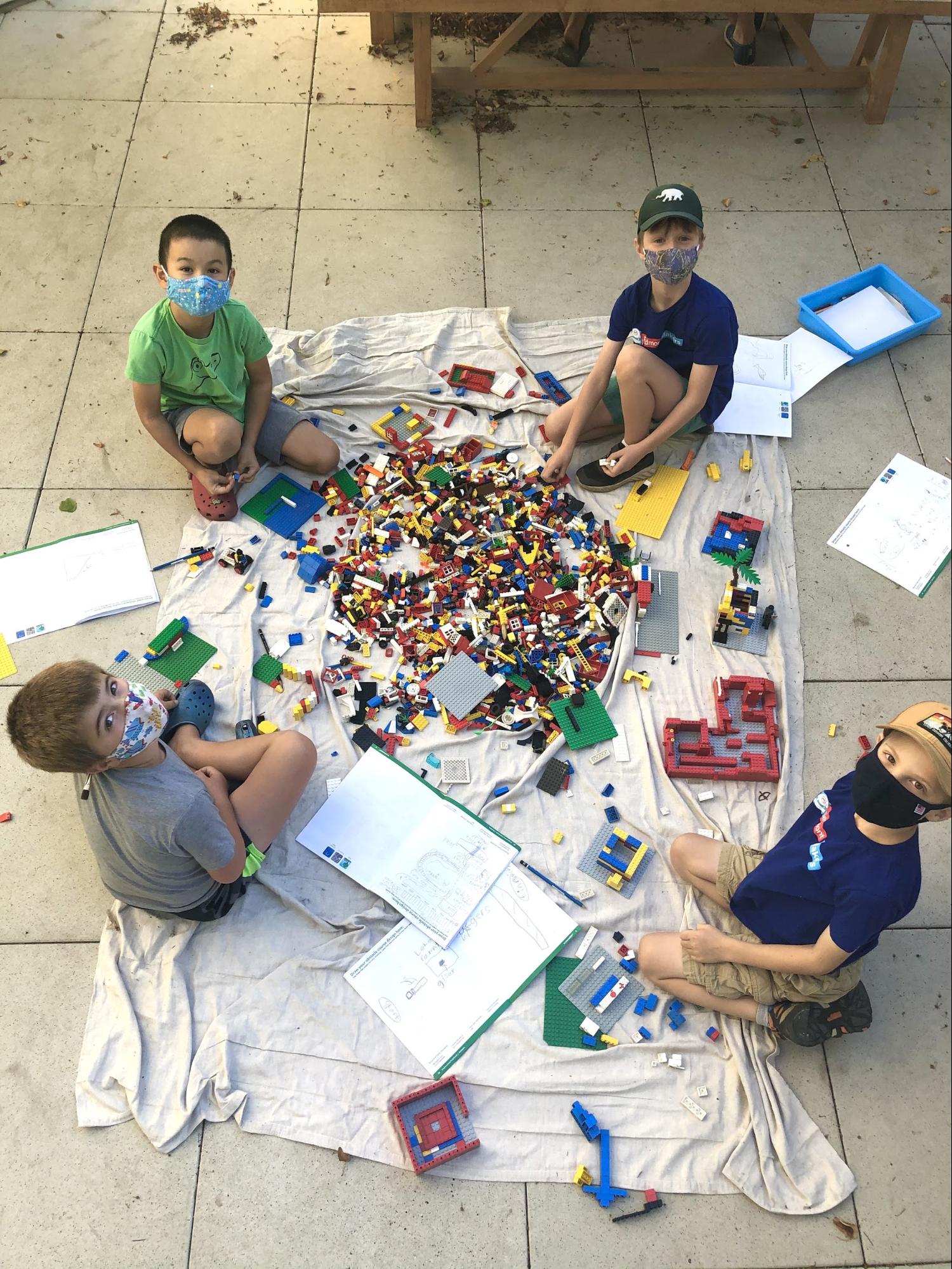 2020’s challenge was for the team to design a space for play and exercise. The team designed a Minecraft-themed obstacle course, and with the help of coach Anna Chambers, shot a stop motion video of minifigures navigating the course to reach the treasure at the end. 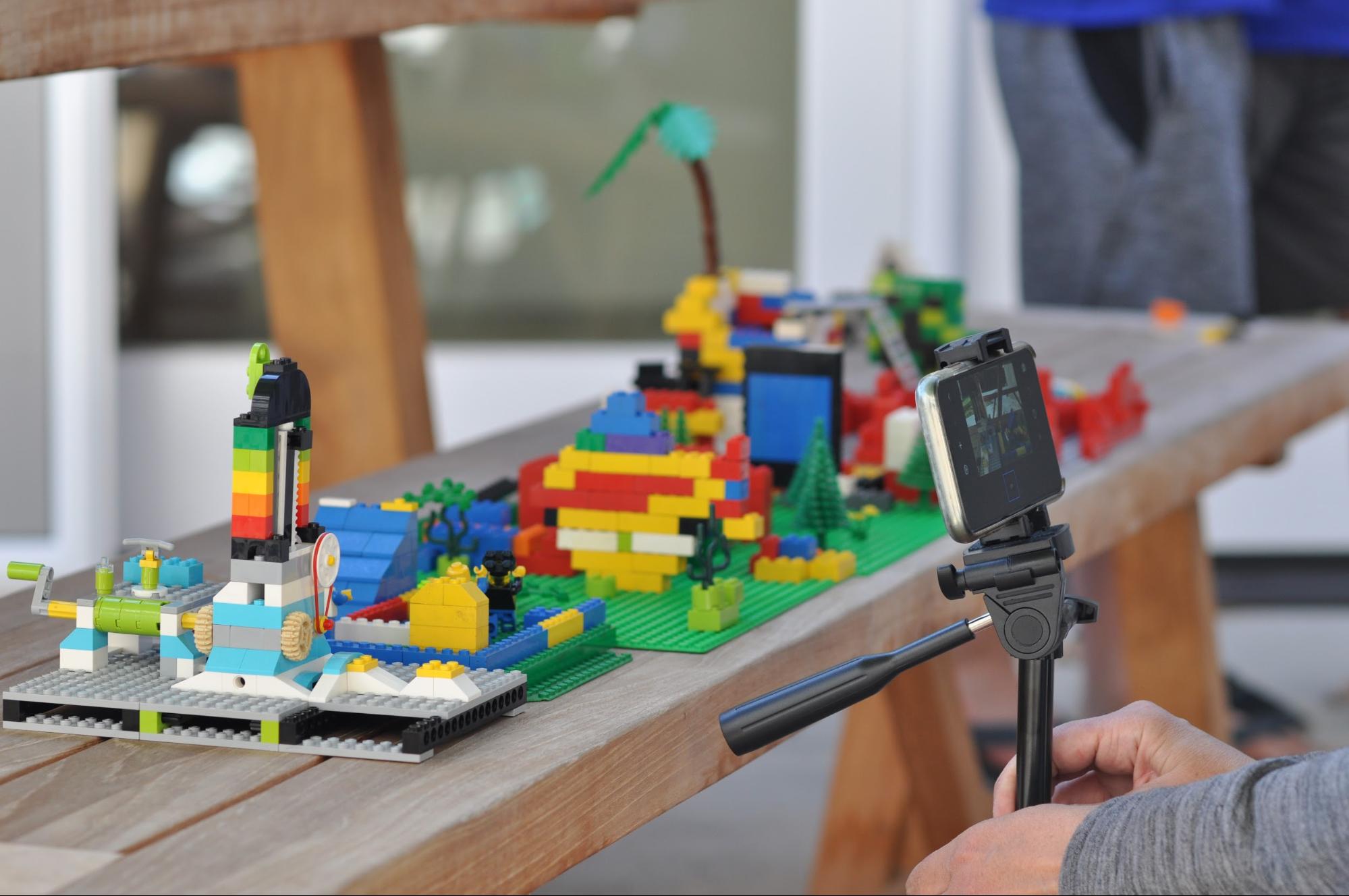 Throughout the season the team developed programming skills using the Lego WeDo 2.0 set. Coach Brian Neumann helped lead the boys in programmed builds that included a satellite that could reposition itself, a race car that responded to a motion sensor to start and stop, and a modified project to build a vehicle that could “capture” Halloween candy and push it off the table. 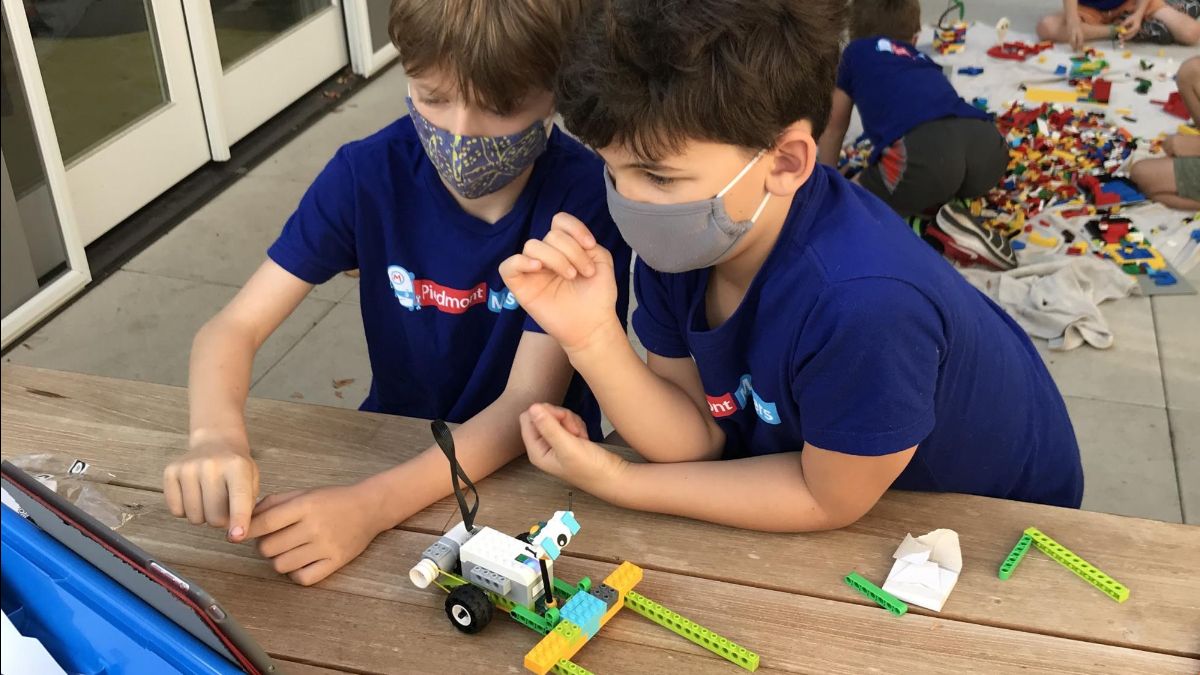 Oliver Neumann and Isaac Dolid modifying the logic for their candy pushing robot.

“Since this was their second year in the league, we were able to progress in programming techniques, introducing loops and testing for precision movement of the robot.” said coaches Brian Neumann and Anna Chambers. “We’re grateful to Piedmont Makers for sponsoring the FIRST Lego League here in Piedmont and are looking forward to competing again next year.”