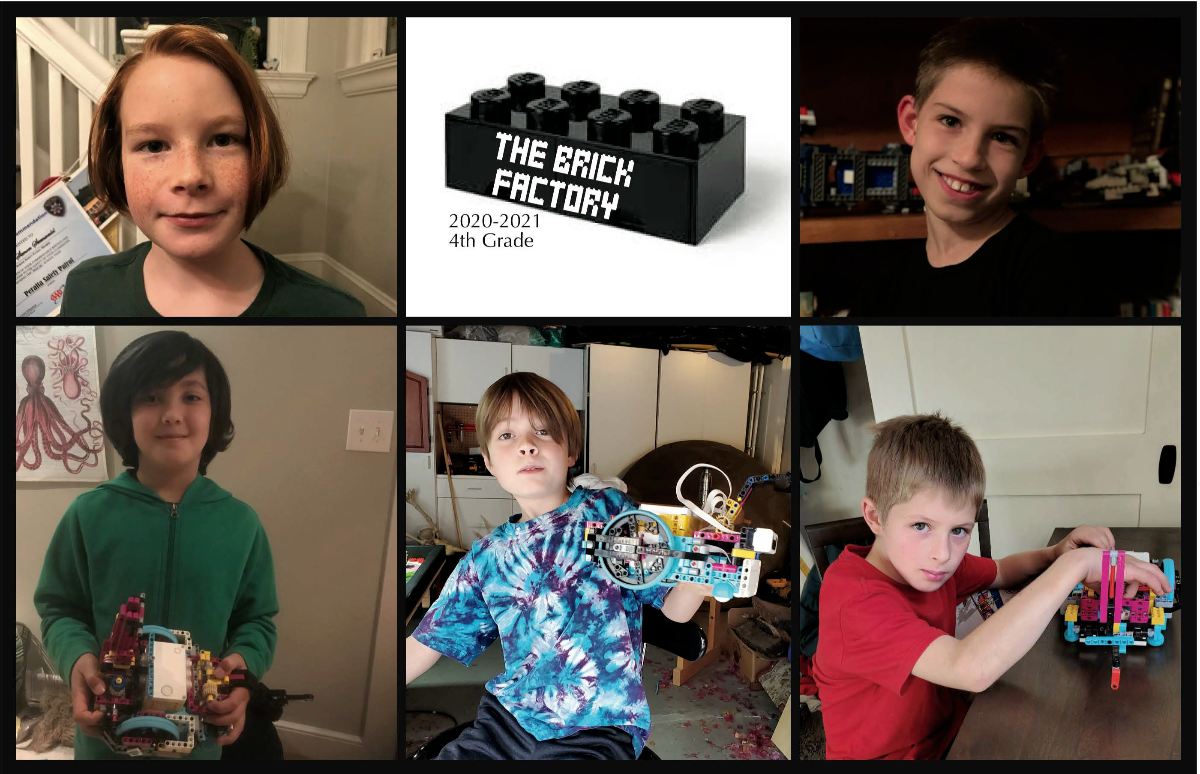 The Brick Factory began its first year in First Lego League—and what a year it was. With COVID restrictions, the team met online to design their innovation, “Track-X’, a technology to link a reward-delivery system to meeting fitness goals on an activity tracker. They also had fun “table time” in Coach Tim Lohnes’ garage in pairs to practice FLL missions. The Brick Factory included 5 Oakland and Piedmont 4th graders: William Bridges, Bodie Lohnes, Jack Shim, Simon Stemwedel, and Dylan Wallway.

William missed being “up close, in-person—not this year!” Yet still, the best part was “working with my friends.” Jack agreed that the highlight was “working together as a team, cobbling it together–and not having to do it alone.” Building the robot was Simon’s highpoint, and Dylan found it most satisfying to see all of their hard work coding transform into the robot actually carrying out their missions. Amazing! 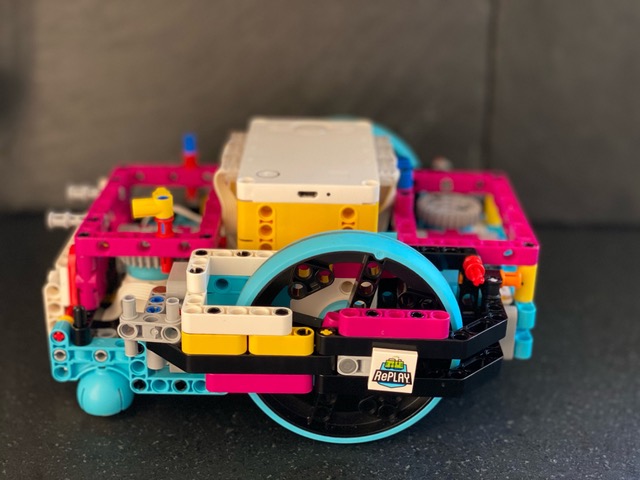 It was a productive season; the team was unanimous that they learned a lot—particularly coding the Spike Prime robot. Coach Tim guided them with tweaking their coding and iterating maneuvers for the missions. Jack recalled working particularly hard on the bench mission, getting the robot to “go the distance and then turn—the positioning was complicated.” 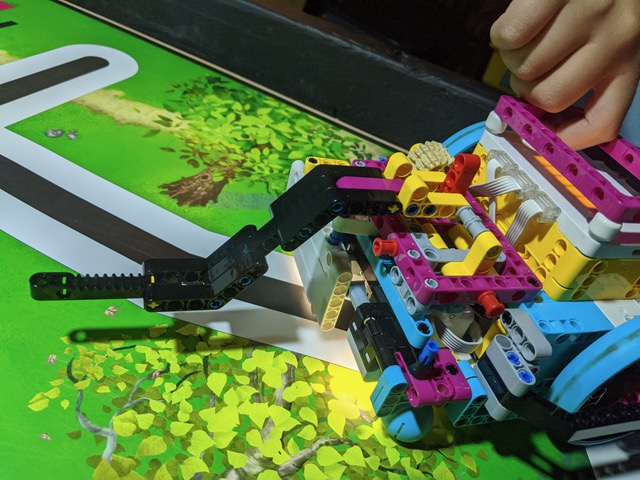 In the off-season, the boys are looking forward to new projects. Simon hopes to learn more about how sensors can be used in programming to make the robot movements more precise. Dylan wants to build some larger robots—perhaps an excavator that can pick stuff up at a job site and coordinates with cranes and forklifts. William is eager to build MOCs (“my own creations”) boats—aircraft carriers, destroyers, and gunboats for pool-based battles. Jack got a Mindstorms robot named “Blast” that he can drive around from his computer. As he pointed out, “It has cannons and it can shoot—what’s not to like?”

The Brick Factory looks forward to another rewarding season in 2021. Dylan’s parting words capture the team’s approach: “Take it seriously AND have as much fun as possible!”